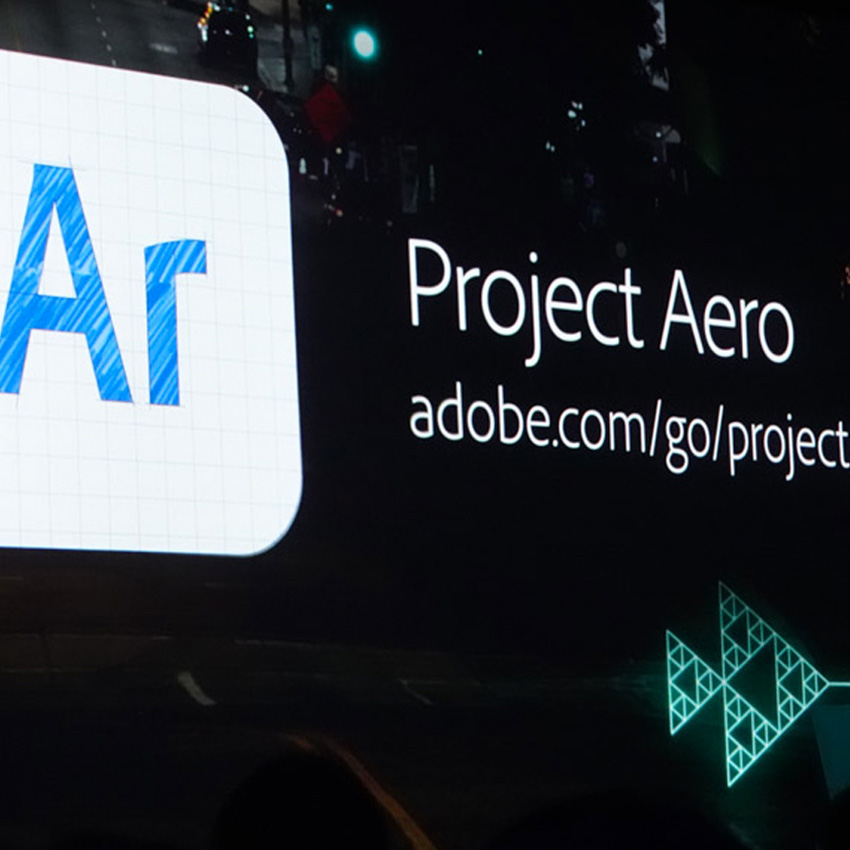 Launching in 2019. Aero will be used with programs like Photoshop and Dimension. For example, Aero will allow designers to see graphics and products in any real-world settings.

Adobe allowed a viewing of their new AR software at the Adobe Max conference. L.A 2019. Which will allow designers to “mix virtual objects into the real world”.

Made to be used alongside other Adobe applications Aero. Designers will be able to “layout and manipulate designs in physical spaces, making AR creation more fluid and intuitive”. Adobe says you will be able to deliver these immersive experiences faster and easier on mobile devices.

What we can expect

Drag digital files into Photoshop and Dimension into Aero and viewed in the real world. For example, how furniture may look in a room.

“There is a new discipline of immersive design, where we blend the worlds of digital and physical,” Abhay Parasnis, executive vice president at Adobe. “Aero has been designed to deeply understand the physical world that surrounds us, so lighting, material textures, motion, and spatial awareness. AR lets the work of designers shine through to consumers.”

Aero will be available for use across all iOS (Apple) and Android (Microsoft) devices. Including mobile, tablets & desktop. It is due for release in 2019.